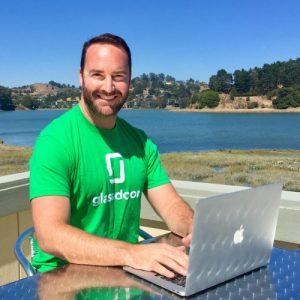 Scott Dobroski is senior director of corporate communications at Glassdoor. In his eight years with the company, he has helped it grow from small startup to one of the world’s largest job and recruiting sites. As part of his job, Dobroski oversees public relations and internal communications, which includes shaping Glassdoor’s own culture. He has been honored for three straight years as one of Business Insider’s ‘50 Best PR People in the Tech Industry.’ Before Glassdoor, Dobroski worked at a communications and public relations agency in South Florida and as a TV news reporter at NBC and ABC stations in Nebraska and Florida.