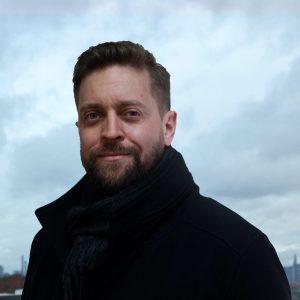 Jorge Peschiera is an Independent Creative Director and Designer working at the intersection of branding, storytelling and design. Last year he served as the Creative Director for the Netflix series "Patriot Act with Hasan Minhaj," where he led a team of twelve designers, animators and programmers in shaping visual narratives through larger-than-life motion design and helped build the show from the ground up. Before joining "Patriot Act," Peschiera gained industry recognition for his work leading full-scale brand overhauls for the NFL Network, Oxygen and NBC Universo, as well as leading several 360 campaigns and motion-based commercials. The branding projects he led were recognized by Clio, Promax/BDA, The Motion Awards, Brand New and Communication Arts.

Jorge Peschiera is featured in: