NASA has been at the forefront of social media since 2008, when the agency created its first Twitter account, @MarsPhoenix, for the Mars Phoenix Lander. NASA has since expanded its social media to more than 490 accounts on 12 platforms to communicate the agency’s mission and engage with followers around the world. NASA’s social media reaches over 25 million people, and NASA’s Twitter, Facebook, Google+ and Instagram accounts are the most followed in the government. NASA ranked highest in the J.D. Power 2014 Social Media Benchmark Study for Government, and the agency was named the 8th most engaged brand on Twitter. It also won four consecutive Shorty Awards for the best government use of social media.

Hear from and question NASA’s social media manager, John Yembrick, who has been a champion of social media within NASA. You will learn NASA’s best practices in using social media to build a strong community, rally public support, improve public perception, and gather input to influence decision making. 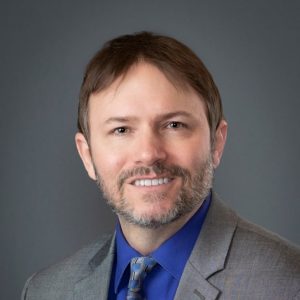 John Yembrick currently leads digital communications for Lockheed Martin, sharing Aerospace and Defense news and inspiring stories of technology, innovation, products and people using digital platforms. He previously worked as the director of Digital Engagement for the U.S. Department of Health & Human Services, which fosters advances in medicine, public health, and social services, and served as NASA’s first digital communications director, sharing some of the most compelling content in the world. John has over 20 years of experience in communications, and has managed media relations, video, still imagery, social media and websites. John is driven by the belief that digital storytelling and inspiring content can connect with everyone on the planet if presented the right way. He take pride in advocating away from traditional communications methods towards digital storytelling, reaching more people directly than ever before.
See All Videos