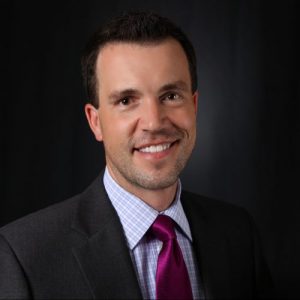 Taylor Wilson is the media relations senior coordinator at Nebraska Medicine, managing the health system's social and traditional media marketing efforts. He also produces video content for the organization's YouTube channel and website. He was the primary spokesperson for both the University of Nebraska Medical Center, the hospital's academic partner, and Nebraska Medicine while the hospital was caring for three Ebola patients in its Biocontainment Unit in 2014. He’s served in this role for the past eight years. Prior to that, he anchored the news at KPTM Fox 42 from 1999 through 2010. He also worked at the NBC affiliate, KSNT, in Topeka, KS, and the CBS affiliate, KBIM, in Roswell, NM, at the beginning of his broadcast career.