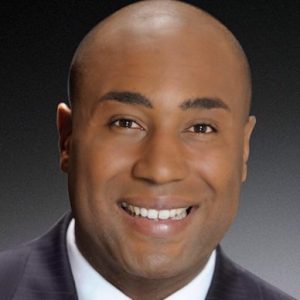 Shomari Stone is a General Assignment Reporter for NBC News4 Washington, specializing in breaking news coverage for News4 at 11. Stone joined the network on Aug. 22, 2011. During his first week, he covered the 5.8 magnitude earthquake and Hurricane Irene. He also reported from Boston after the bombing at the Boston Marathon, the 2013 U.S. Capitol shooting, and he was on the ground at the Baltimore protests. He brought viewers an exclusive interview with Trayvon Martin's parents while they were in Washington. Although he graduated from high school in Washington, D.C., Stone has lived in cities all across the United States. He has worked at KOMO-TV in Seattle, CBS 4 in Miami, and WINK TV in Fort Myers, Florida. Stone was part of the News4 team that earned an Emmy Award for Washington Capitals Championship coverage. He also earned two Emmy nominations and was part of the CBS4 team of journalists recognized with an Edward R. Murrow Award for live coverage of the federal air marshals shooting at Miami International Airport in 2006. He has covered a wide range of stories including the inauguration of Barack Obama; immigration reform; the passage of Hurricane Katrina, Rita and Wilma through Florida and the resulting devastation to the region; Republican presidential contender John McCain's appearance in Miami; the local impact of Fidel Castro's relinquished power; the local impact of the fall of Haitian President Jean-Bertrand Aristide; the uproar surrounding the death of Anna Nicole Smith; and the Bush family's first "Presidential" vacation on Gasparilla Island in 2000.

Shomari Stone is featured in: