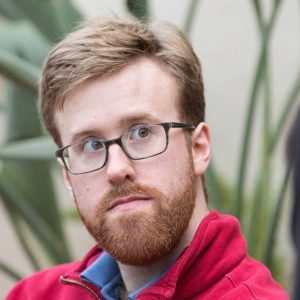 Eric Johnson (he/him) is the producer of Vox Media's technology-interview podcast "Recode Decode with Kara Swisher," which was named AdAge's 2019 Podcast of the Year. On the podcast, Swisher hosts candid interviews with tech execs, politicians, celebrities and more about their big ideas and how they’re changing our world. Past guests include Tesla co-founder and chief executive Elon Musk, former Secretary of State Hillary Clinton, Facebook co-founder and chief executive Mark Zuckerberg. Johnson began his current role in November 2015, and before that, he reported on the video gaming and virtual reality industries for Recode and its predecessor site, AllThingsD. He lives in San Francisco and his passions outside of work include movies, history and trivia. Johnson also writes a weekly movie reviews newsletter.

Eric Johnson is featured in: