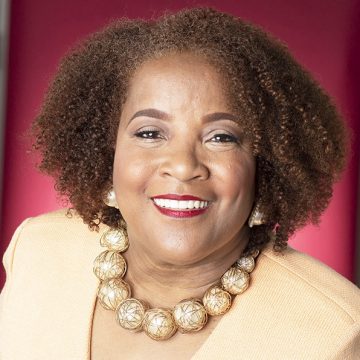 Cheryl Smith is the Publisher of I Messenger Media, which includes the publications: Texas Metro News, Garland Journal and I Messenger. She also hosts a radio talk show, Cheryl’s World, on Blog Talk Radio and is the current Secretary of the National Association of Black Journalists and Regional President of the National Newspaper Publishers Association. Smith has more than 40 years in the industry, and before founding I Messenger Media in 2011, she worked as a show host of PAX-TV’s “The Ester Davis Show.” Prior to that, Smith was a producer and talk show host at KKDA-AM, and before that worked at Capital Outlook News, The Dallas Weekly,  Dallas County Commissioner John Wiley Price and more. Smith was an associate professor at Paul Quinn College and an adjunct professor at the University of North Texas and Texas Woman's University, and has previously served as the president of the Dallas-Fort Worth Association of Black Journalists and the Dallas-Fort Worth Florida A&M University National Alumni Association. She was a two-term National Association of Black Journalists regional director, and has served as president of the Dallas-Metroplex Council of Black Alumni Associations. Smith has won numerous awards, including the Messenger Award from National Newspaper Publishers Association, the Journalism Excellence Award from The Dallas Examiner, the Outstanding Journalist Award from Elite News, the Barry Bingham Sr. Award from the National Conference of Editorial Writers, multiple awards from the Texas Publishers Association, the NNPA, the NAACP, Delta Sigma Theta Sorority, and the Dallas-Fort Worth Association of Black Communicators, and more. In 2017 she was named Woman of the Year for the South Dallas Business and Professional Women’s Club.

Cheryl Smith is featured in: